A recent discussion prompted a deeper look into nagging and/or micromanaging. Both behaviors have negative connotations, although each may actually be necessary due to someone else’s 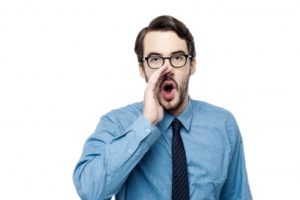 unresponsiveness or bad behavior. So why do the naggers get the bad rap while the people who prompt it continue on as if they aren’t part of the problem?

Let’s start with an analysis of one of the problems. There seem to be different understandings of some of the terms used when information is needed from others before another action can be taken. Here are common terms with definitions found on the web:

“At” is used when setting an appointment or a start time.

For those of you who bristle at redundant reminders, it might help to know that they are generated to solicit responses from people who use “at” the same as “prior to, by or before” or people who may offer no response to “please reply” or “please confirm.”

It’s not always about you!

When a message is sent more times than you care to read, there are probably other considerations. It could be that your response really IS required because other people need something. Failure to respond in a timely way (or at all) only contributes to the ongoing battle about email overload. It requires yet another email and another to be sent to get what was asked for the first time. There really is no absolute remedy to this tug of war.

Please consider who else is impacted when you don’t respond as requested. It’s not always about you! When the lack of information holds up progress, it can impact more than one person. Not responding at all can impact more than one person. Nagging isn’t preferred by anyone on either end of the spectrum, but it will ultimately generate information that is important to others. Although not desired and a time waster, nagging typically gets results.

As a point of clarification, the repeat emails referenced are communications from people who are known and trusted. We are not discussing spam or marketing content that comes from unknown sources. After identifying the sender as a trusted, known source and/or screening a subject line or first paragraph to determine the content does not speak to you, it is fine to delete it. Before you hit delete, consider whether your response is required because it is in someone else’s best interest. It simply makes sense to respond to requests made from trusted, known sources, no matter how buried you are, even if it is just to say “I need to consider your request and get back to you.” It only takes seconds and it gives the sender something to work with. You can consider it more carefully when you have available brain cells and get back to them when you have collected the requested information.

An acknowledgement just takes a minute, and it is a simple courtesy. Letting someone know that you will respond later is also a professional, polite way to give yourself time to provide the sender with information they need to take action on or report to others within the time frame they need. Not responding at all or not acknowledging a communication doesn’t help anything or anybody. It withholds important information, it breaks down trust, it can be seen as downright disrespectful and, finally, it only prompts yet one more exchange of “did you get my email?” 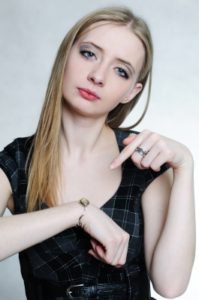 Ignoring communications is one time waster. Habitually running late or arriving ill prepared for a meeting is another. You can hold someone hostage by not calling ahead to notify them of a delay or by waiting to call at the exact time you were to arrive, instead of when you first realized you weren’t going to arrive on time. There is a lot people can get done in 10 or 20 uninterrupted minutes if they know a meeting will begin later than expected. In each of these instances, a meeting “at” some predetermined time becomes a meeting ‘around’ or ‘after,’ and others are inconvenienced. A third time waster is holding up progress in a meeting by asking questions around information that was sent days/weeks earlier in an email but not read. May I say it again? It’s not all about you!

All of these breakdowns lead back to why someone with skin in the game ends up nagging people instead of allowing them to negatively impact situations or withhold information that others may need. It’s true that the nagger’s role is disliked and often criticized, yet when things do end up going right because of it, many others benefit.