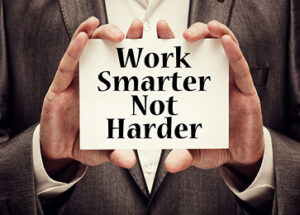 Processes were needed to make order out of the chaos.

The staffing industry was extremely chaotic and intense. When I stepped in, I quickly determined that much of the chaos stemmed from the absence of processes for handling new requests and following up with customers. Every time the phone rang, there was a reaction versus a prepared response. So, I invested a lot of effort into creating procedures and training team members on ways to work efficiently and productively. At the time, I didn’t think it really required a great deal of creativity. It took discipline to block the time, and the energy to create and implement structure where there had been none.

Getting people on board … presented another set of challenges.

After working for a national staffing firm, I took over the management of a mom and pop staffing business. Their goal was to make it sellable, and I did exactly that. I called on my sales management experience to tailor processes that had been successful in the past and made things work in a rapidly changing environment. The owner and the staff resisted the operational changes I introduced. Getting people on board with much needed change presented another set of challenges. 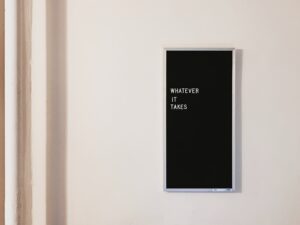 Turning a business around required a lot of change.

Some new expectations were as basic as putting customers’ hard copy files back in the file cabinet after they were used. When the owner refused to comply and continued to leave stacks of file folders all over the office, I had to fight to spend money on a temp to put them away. Other changes included requiring the internal staff to dress professionally and show up for work on time. (One of the former team members might be reading this. Years later she told me I had been her “best boss” and her “worst boss”.) Cleaning up the chaos was tiresome but necessary. I could see a light at the end of the tunnel when the business sold.

Building something great was my motivation.

When the new owner took over, he initially gave me free rein. I was finally able to implement the operational changes we needed without argument. I grew the office staff from three to nine, supporting more than 150 employees, and doubled the volume of business the former owners had been doing in my first year. We expanded our office space and were evaluating the addition of new locations. We added a huge conference room and I had dreams of creating a training center for our customers.  Planning the business’ further growth was exciting. The potential for building something great was my motivation to keep going. I had an office with a 180 degree view of Puget Sound, an adjoining lanai, and I was only six miles from home. My vision was materializing.

A very rewarding part of my job was developing customer relationships, finding unique candidates and marketing them to companies. In addition to that and managing office operations, I was handling all of the L & I claims, unemployment claims, payroll discrepancies, and collection of customers’ overdue balances.  Our bread and butter came from the billable hours from temporary staffing, and there was constant turnover as assignments ended and new ones began. It was a lot. There was less and less time to get out and meet with customers.

In spite of my efforts to create order out of chaos, working with people inherently involves challenges.  We had to resolve scheduling conflicts and childcare issues. We helped people find the appropriate work attire and transportation, and made sure they arrived on time. We made sure the employer’s instructions were accurate and that workers were prepared to do what they were assigned.  It was not uncommon to work seven days a week in order to keep up with our customers’ demands. Although I enjoyed helping people find solutions to employment barriers, the time I spent solving the same problems over and over began to wear on me.

Only the beginning of the battle. 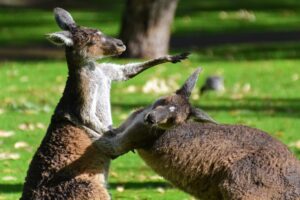 Some battles are just not worth fighting.

Business continued to boom. But then a big issue surfaced when the owner added a new accountant without any explanation. Their salary was about five times as much as the person who had been doing the work. We had been managing well with existing staff, so their arrival was a mystery.  I only knew that the relationship between the accountant and the owner went back a decade and I was new in the mix. The accountant set up shop in the large training room I had designed.  Gone was my dream of providing in-house training sessions for our employees. That was only the beginning of the battle.

The next issue surfaced when I stopped getting aging reports. I had always monitored our receivables closely, because we had a weekly payroll to cover. Without that information we had no idea who owed us, how much was outstanding, or whether we should be pulling people off assignments from nonpaying customers. My computer was not set up to run the reports and I had to rely on the accountant to produce them. I was not allowed to enter their office, and it became a big source of contention. The owner always sided with the accountant, and I ended up losing that battle too. I only learned long after I left the company that the accountant had been embezzling from the business the whole time.

The honeymoon was over.

It looked like the honeymoon was over. The owner started making deals that were inconsistent with our operational parameters and our goals. I was trying to run a profitable business founded on trusting relationships, and the owner had something else in mind.  I was very careful to take on “good business” as we continued to grow. I carefully evaluated our new customers’ credit history and checked out work sites before assigning any employees. But I was working for someone who made business deals with their cronies without a concern of how we would meet the operational challenges their promises created.

In one instance, a staff member picked me up at the airport following a trip and greeted me with “you’re not going to like this.” Of course, the benefit I may have gotten on vacation quickly evaporated. I learned that while I was out of town, the owner had agreed to do business with a company outside of our service area, and to top it off, the company had bad credit.  It just didn’t make sense. Apparently I hadn’t been privy to a back story with the company’s shareholders.

Something had to give. 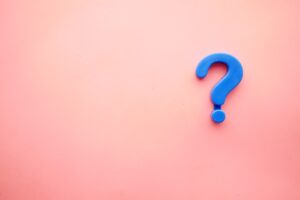 What was I doing there?

It was common for me to work seven days a week. In those days, we carried pagers, and they were on 24/7. Our customers could get prompt responses and that level of service built repeat business. We were reliable and quickly fixed anything when we fell short. I had put in considerable effort to win back customers who had left long before I started and I established a niche for our business. I was not afraid of hard work, but with the inexplicable push back from the owner, it seemed pointless. This was not sustainable. Why was I still here? Something had to give. And it did.

It was time for me to be my own boss.

Ultimately, the owner made the decision to end it before I did. One month after he had given me a $20K raise, I made a decision he didn’t like, and he told me I had left him no choice. It was time to go. This time I knew I was done working for someone else. As painful as it was to have a decision made for me, it didn’t take me long to rally. It was time for me to be my own boss.

Stay tuned for Part Four. Click here if you missed Parts One and Two.