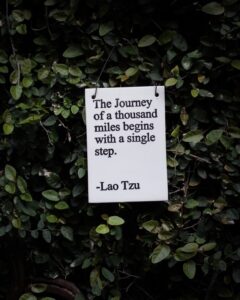 As I enter into my 25th year as a business owner, I reflect back on they path that led me to this decision and know there would be little I’d change.  My goal wasn’t to get rich. My goal was to get away from corporate politics and stop having to report to people who were self-absorbed, and for the most part, pretty poor at their jobs. Eventually I found my way. I’ve chronicled key points of my journey and hope the following story resonates with you.

Lessons learned from adversity can be longer lasting than the pain of the nicks and bruises along the way. The job market was tight 40 years ago. A college degree was required for securing almost any well paid work. Employers claimed that having a degree was a sign that a person was willing to apply themselves. It didn’t matter if their area of study was irrelevant to the job. College graduates were typically hired over people without degrees. This was a widely used method for narrowing down very large pools of candidates. But the practice left little concern about passing over people who were actually more qualified.

I chose a different path.

Many of the people I knew who had gone directly from high school to college had ZERO idea about how to get a job. They had majored in political science, psychology, sociology or economics. Their parents had paid for their education and few actually thought out how they were going to support themselves after that. Offering them a job because they had a degree instead of someone who had the skills and had already done the job made no sense to me. I chose a different path.

After working for a family owned retail business from the age of 12, I graduated high school early and moved sight -unseen to an island near Seattle at the age of 17. I immediately got a job at Nordstrom and suffered through a 3-hour commute for four years.  Ultimately, the commute was too much. So I retreated to the island and did what it took to pay my rent and keep food on the table.  I waited tables or cooked in restaurants, did janitorial work and  served as a one-person office administrator/receptionist at a gravel pit. I learned how to run a loader and filled pickup beds with gravel. The owner of the gravel pit was a CPA and I picked up bookkeeping skills during this time. For a while I built on this experience and did bookkeeping for small businesses. 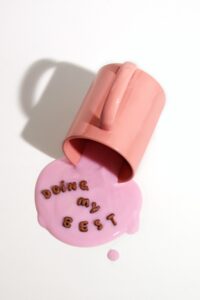 When I moved back to the mainland I often worked several jobs at once, and became a master multi-tasker. Every role helped me tune in to other people’s needs and deliver high levels of service. Along the way, I found that working in sales offered opportunities to learn about people and things I hadn’t previously been exposed to. I was able to build valuable experience and make money.

Money was no longer my only motivator.

Having a degree still opened doors in many technical fields. But ultimately, performance was the key measurement for success in sales. I learned new products and services quickly and targeted customers I knew who would benefit from them. I developed long lasting relationships and built repeat business. Sales presented opportunities to help people by educating them on products or services that would make their lives easier.  Providing great service, solving problems and helping people to accomplish things led to more sales. Great performance meant a higher income. It was a win -win. But money was no longer my only motivator. Being able to help people improve their circumstances became equally important. So, I began looking at other options.

Sales involved consulting. It was all about asking questions, listening for problems and finding solutions. This experience led me to becoming a franchise consultant for an international pizza chain. I truly thought I had finally found my calling. My work involved advising franchisees on recruiting and staffing issues, and marketing and sales techniques. I kept them abreast of what their peers were doing to be successful. It was hugely rewarding to help the franchisees and their supervisors solve problems. I traveled a lot and enjoyed a different experience every day for five years. My performance was measured by the success of the franchisees I worked with. Their success was determined by metrics from service reports and sales growth. I outperformed all of my peers and my franchisees appreciated my efforts

Welcome to politics and sexism in the workplace. 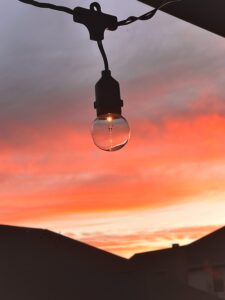 It was when I was in what I thought was my dream career that I learned more about the glass ceiling. Once I hit full bonus and was the highest paid consultant in the country, the road ended. Welcome to politics and sexism in the workplace. It was quite an awakening for my naïve self.  It was hugely disappointing to learn that although I had demonstrated success, and my help was highly valued by the franchisees I supported, I was never going to go any further. The good old boys club that made up the leadership team would always prevail. I had spent years coaching franchisees, training their employees and creating new tools to help them improve work-life balance, and I was still passed over for higher level roles several times. After facing the reality of my dead end, I returned to sales where I quickly became a manager.

At the same time, there was a new dynamic in the late 80’s. People who had previously stayed home to raise kids were attempting to return to the market. A lapse in employment or relevant skills could no longer be negated by a college degree. The competition for good jobs was once again tough for everyone. During this time I sold furniture rental services, data management services, and office furniture for a brief stint. Eventually, I found my way into the staffing industry. It was inside the chaos and constant change inherent in the industry that I was to learn how everything I had done up to that point was valuable and applicable.

It was evident I wasn’t alone.

Over the years, I commiserated with many. It was evident I wasn’t alone.  Countless people were either having trouble getting a job or struggling because they were dissatisfied with the jobs they had.  Back then it was common for people to pursue a job for no other reason than to pay the bills. We didn’t think about what we’d rather be doing, we were just looking for a pay check and a way to make ends meet. Granted, I had always been able to get a job, but it took a long time to recognize that working for money as my only motivation and working for creeps was painful. 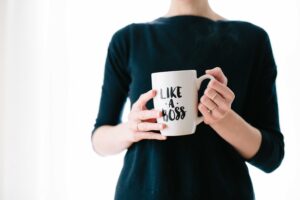 The staffing industry brought clarity to my direction. As I helped other people get back on their feet and spoke directly to employers to fulfill their needs. I saw a huge disconnect between candidates and employers. People wanted to work and employers needed them. But they were passing each other in the night. Employers stuck to archaic ideas for choosing candidates. Candidates were faced with incomplete job descriptions and employers were met with poorly written resumes.

My sales experience turned out to be a great foundation. It was easy for me to ask questions. I dug for more information until I uncovered the real problems on both sides of the equations.  I saw solutions that others couldn’t. It was hugely rewarding to talk to people every day and help them break through their self-limiting views. I helped people in every industry and every walk of life.  The candidate pools included skilled workers, administrative professionals and executives.  I created resumes that better reflected candidates’ skills and met market demand. When I met someone I thought would be a great fit for a company, I marketed them to my trusting clients.

My mission: to help people play the game successfully and find rewarding work. 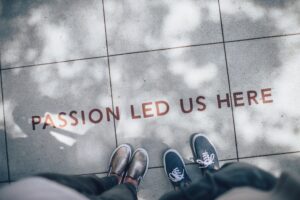 Every day was different. There were new problems to solve and people to bring together. As I forged forward, I learned that I, and many people, stuck with a miserable scenario or remained unemployed because we didn’t have clearly defined goals, and didn’t understand the market and our places in it. I had made a lot of risky moves and managed to land on my feet. Others were more fearful. They didn’t know what other options would look like and couldn’t figure out paths that would lead them to satisfying work. My mission: to help people play the game successfully and find rewarding work.  I wasn’t certain I could continue at the pace I was running. I felt good about my work. But working so hard for someone else to reap the rewards was getting old.

Next month I’ll take you all the way through the progression from running someone else’s business to creating my own.