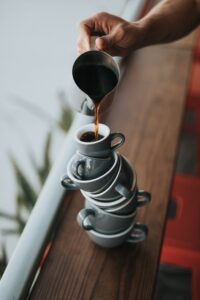 Going into the 90’s, I ran staffing and recruiting businesses.  Our staffing services supported fluctuating demands across many industries, while our recruiting efforts also addressed administrative and managerial roles in our client companies. Within unique ownership and national leadership constraints, I developed strategies for business growth and managed sales, business operations and all of the human resource functions.  It was a constant challenge to balance the needs of customers, 150 employees and our internal team.

Finding those matching puzzle pieces was a game.

Working with people with mutual, but often camouflaged needs was intense. I experienced the disappointment that comes from people making up stories about their skills or experiences, and employers making unrealistic demands. When I discovered the real facts behind either party’s request I was able to put together symbiotic partnerships.  Finding those matching puzzle pieces was a game, and it wasn’t easy to play. Winning meant someone got a job, a company got work done and my company made money. It took considerable effort to pay attention to details and knowing when to connect the dots. 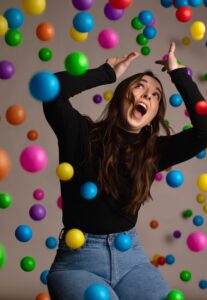 It was quite the juggling act.

Developing relationships took time and consistent effort. Ultimately, my key clients welcomed a call when I marketed candidates with unique skills who fit their company culture.  I hired bilingual staff to help workers from many ethnicities and backgrounds succeed in companies when the companies were unwilling to put any effort into making worker friendly environments. It seemed like a simple answer to the age old problem. The work was available, and people who wanted to do it, but they couldn’t connect. It was up to me to get the companies’ managers to consider different approaches. It was intense work requiring juggling a lot of balls in the air at any one time.

The skill was really in discovering what the heck each side really wanted or needed.

The most striking ah-ha moment was when I came to the realization that employers were often clueless about what they really needed. The next was that candidates often had no idea how to articulate their interests or skills. The brief job descriptions I was given were not helpful.  The resumes I saw were often irrelevant to the jobs people were interested in.  This was not just a game of “match the resume to the position”.  The skill was really in discovering what the heck each side really wanted or needed, then helping them achieve it. I applied the most important element of sales in my approach: what did each party need to be able to negotiate a win? 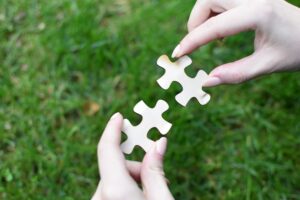 A lot of effort to make the pieces fit.

With extensive inquiry, I was able to pull information out of people that clarified the employers’ needs and created opportunities in areas they hadn’t considered.  After going around and around trying to pry information from the human resource contacts who provided them and getting nowhere, I started visiting work sites. I learned that the descriptions given excluded vital information that would be critical to a worker’s success. So I rewrote job descriptions and found tactful ways to present the changes and the right solutions to the employers.

You don’t need to add fluff to a resume to demonstrate value. 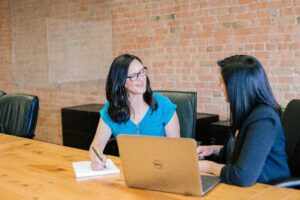 Concentrate on facts & include results.

On the flip side, as I interviewed candidates, I learned their resumes were often missing vital pieces of information.  They had the skills their most recent employment experience didn’t reflect. A traditional chronological resume didn’t work. It was necessary to present the candidate’s experience differently when they were pursuing work in a new or different field, or they were returning to work done in prior years, so I created new resumes.  I have to say, that this was the part of the process that was the most fun. I watched people’s demeanor change when they saw how different their resumes shared their stories. There was no need to use cute or trendy adjectives. We worked with facts and made their value clear.  The process I use today remains the same. You don’t need to add fluff to a resume to demonstrate value. 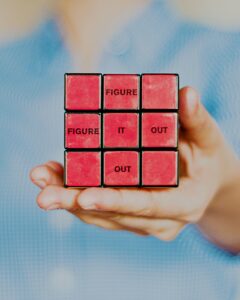 Problem solving was my focus.

Although I had fought to get into management and made it, it wasn’t what I expected. Service and performance were no longer the main focus. Leadership expected me shut down any customer concerns with policy statements, instead of finding solutions. The focus was on profitability, but typically measured in the moment with no accounting for the loss of future business resulting from telling customers no.  Numbers were winning over relationships. It rubbed me the wrong way and took the joy away from my work.

I loved solving problems for people.

The company I worked for was a large national corporation with headquarters in another state that clearly had little awareness of our local market.  As much as I loved solving problems for people, having to then navigate the powers that be to be able implement solutions was draining. The problems created by absentee leadership became a never ending nightmare. One instance was when the company decided to move an entire division into the office space my division inhabited, without including me in the decision or the process. Our computer system went down unexpectedly for more than a day, and we were unable to communicate with our customers.

The environment was fast paced and constantly changing. 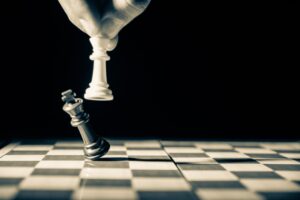 The power struggle was really getting old.

Along the way I built an entirely new team.  My role as branch manager was to develop new business and manage operations.  I developed relationships with new customers and won back many former customers by simply asking what had gone wrong, then offering to fix it.  I worked with the inside team of staffing consultants to recruit candidates and fill customer requests. The environment was fast paced and constantly changing. I could count on never having a dull moment.

We survived a few other badly orchestrated changes from headquarters, before the arrival of a new regional director.  I was incredibly naïve in those years and actually thought his purpose was to provide leadership.  I fully expected to learn the tricks of the trade, beyond what I had learned on my own. But he was located in another office and was rarely available. Many times when I tried to reach him, his team told me he was “at the gym”. He typically did not return my calls and I quickly grew tired of trying.

Little did I know that I would soon be putting myself out of a job.

Along the way I hired a former military vet against the wishes of our new regional director. He thought this person would be too rigid and not adapt well to our intense and rapidly changing environment.  I believed his very strong operational background and eagerness to learn a new industry worked in our favor. I fully expected him to be a quick study given the training I would be providing. So, I hired him anyway and groomed him to run our operations. Little did I know that I would soon be putting myself out of a job. 25 years as a business owner 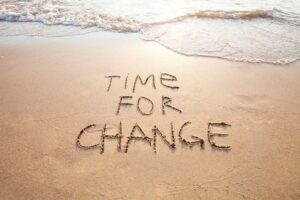 Was I ready to start a new chapter?

The proverbial straw that broke the camel’s back occurred when the regional director brought in a “Sales Manager” who had worked with him at his last location. My military guy was poised to take on operations, and I was no longer in charge of sales, so that was that.

At that time, I was still excited about the staffing industry.  I loved matching candidates with employers’ needs, and I loved running a business. Maybe I just hadn’t yet figured out just how tired I was of running someone else’s business. Or maybe it was fear. I was ready to start a new chapter, but where?

Next month I’ll let you know where I ended up. Stay tuned for Part Three. Click here if you missed 25 years as a business owner – looking back on the road that led me here (Part 1).