Avoiding complacency when everything is just okay

It’s probably not news to anyone that candidates and employers behave differently in a hot job market than they do in a tight one. When jobs were scarce, candidates may have been victims of company ghosting (they interviewed and never heard another word from the company). With few jobs and abundant candidates, some employers didn’t think they had to bother with basic courtesies. In tough times, some people might have given up looking altogether and decided to get by on their savings as they waited for the “right job.” The tables have turned, and it is a candidate’s market — for now.

Relying on statistics to drive your actions can be dangerous when you have bills to pay. Today’s job market may prompt some candidates to ghost an employer (not show up for an interview, disappear afterwards or quit without notice) because they believe there is always something better around the corner. Even if they haven’t gone so far as to leave an employer at the altar, many employees are letting their guards down in their current roles because they assume their employers cannot live without them. Others may simply be getting by or suffering through an “okay” but less than ideal situation because it is easier than putting effort into a change. Whether you gave up looking for the right job when they were scarce, or you are settling for something mediocre now, or you think a great new job will turn up on its own, there’s never really a good time to be complacent.

…there’s never really a good time to be complacent.

A period of nationally low unemployment may be exactly the right time to dig in and start paving the way for something different rather than waiting until you’re forced into action. Some clues that you are ready for a change are when you’ve been doing the same thing with the same organization for five years or more. There have been no major changes in the past few years, but you’ve just learned that your boss has been promoted and someone from another part of the organization is coming in to take her place. Other than the work having gotten monotonous, your evaluations have been acceptable, so you feel like you have stayed under the radar and you are holding your own. Everything has been going pretty much okay and there is no need to worry, right? Maybe not. Can you prove that everything is okay to your new boss? Or more important, if you are also bored, can you prove to yourself that everything is okay? 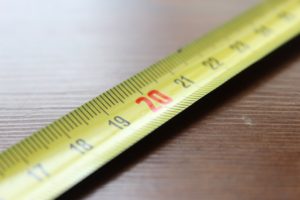 If you can’t measure it, you can’t improve it. – Peter Drucker

“Meeting expectations” can be considered too little to a hungry, new manager who wants to make a big impression. What are the metrics you have been graded on? What are the specifics required from you each month? If there aren’t any, or if your goals have not been clearly defined, then who is to say they have been met or not? If pressured, how would you know what is needed to make things better? When a new gun is in town, they believe the more their team produces after they take over, the brighter their star. They may want to make immediate changes to help them achieve their professional goals.

Keeping your head in the sand or simply going with the flow will not protect you if abrupt changes occur. It’s never good to have the decision to make a change made for you. Even with a hot job market, being left in the cold without a plan eats up time, money and energy.

On the flip side, if you are a high achiever and bored to tears, then you are not going to appear happy. If you are no longer challenged, then you may be showing your dissatisfaction. Dissatisfaction can be as debilitating as someone’s underperformance. Just like a wounded animal is vulnerable, lack of enthusiasm or not demonstrating a visible investment in the organization can be interpreted as low value to an employer. Things seeming to be “okay” in a rapidly changing environment is a debatable condition. What specifically can you do to make things better? What can the company do? What will a new job, new company or new boss need to demonstrate to you to make things seem like they are more than okay? What are you prepared to do about it?

Either way, your choice or theirs, there is every reason to know exactly where you stand from your employer’s perspective and in relation to your own goals. Kick yourself out of complacency and set some specific goals to work towards. Measure your progress and hold yourself accountable. Don’t wait for someone else to call the shots.