Everyone I ask has the same response for why they haven’t answered an email, text or phone call: “I’m too busy!” Really? This trend of failing to respond may seem trivial, but it is something that has become a pet peeve of mine. I’m pretty good at what I do, but I am not a mind reader.

Each day, I revisit at least ten requests or responses to someone else’s requests that were not acknowledged. It’s hard to imagine that replying “ok” or “thanks” requires more time than having to go back and forth a week later because a response was required and never received. Effective communication allows everyone to get more done. The following are some very easy points to remember if you want to save your own time (and someone else’s): 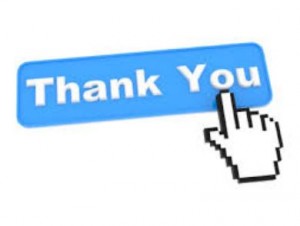 Acknowledge emails, texts and calls. Someone sent YOU (I’m not talking about an email or text sent to 500 people) something they felt would interest you, or they have asked you a question.  Acknowledging communication is a basic courtesy. Not acknowledging communications can cause miscommunication, hurt feelings and missed opportunities. If you have ever called, texted or emailed someone because YOU needed something and never heard back, how did you feel? Does this really require more of an explanation?

Ask for more time if you need it. If someone has reached out to you directly and, more to the point, has included a question in their communication that requires answering, then acknowledging the email is the first step. If you require more time to research or think about an answer, then tell them so. Let them know when they can expect to hear back from you so they don’t have to wonder. This alone should eliminate at least four more go-rounds about the same topic.

Use the right technology. Speaking numbers or addresses requires the recipient to record them on their end. Send messages that need to be shared or saved for later reference via text or email. If you are sending correspondence to an employer, client or business associate, then email would be a more reliable way to record the interaction to reference at a later date. Information is often lost when it is read on a mobile device, so make sure you have a backup plan for accessing communications that you are briefly reviewing by phone, and take the time to review them again so they don’t get lost or forgotten.

Get to the point. One of the key reasons I think people tend to ignore communications is that they have been programmed to believe more is required than there actually is. Too many people leave far too much info in a voicemail or write lengthy paragraphs instead of brief points via emails. Think through what you want to convey. Don’t waste someone else’s time by thinking out loud without editing yourself. The more clearly you can state what you need, the more likely someone will be able to respond quickly and easily.

Try these new habits for at least 30 days. I’m going to guess that you’ll save at least one hour a week. You may not be able to add more hours to the clock, but you can end up making better use of the time you do have.