Why changing jobs is less of a problem in today’s market.

A substantial part of my work is helping people identify why they are unhappy at work and figure out what they need to do about it. The other end of that is helping them carry out their plans successfully. Although there are many ways to change someone’s experience inside of their current employment scenario, it’s not always possible to do that. There is a variety of reasons someone may decide to change: they desire to learn more, do more, build skills, be exposed to new environments or make more money. Many times we find that a person’s goals will be better met by making a change.

Staying in one role too long is seen as more of a problem than job hopping.

Many years ago making a change without much time invested was interpreted as “job hopping.” In today’s market, 1–2 years in one role or with one company is far more acceptable than it was 20 years ago and more the norm. Today expectations have changed, and companies’ circumstances change more quickly. Punching in every day for 20 years is not enough. Employees need to continue to demonstrate value and perform according to current business goals. In many cases, staying in one role too long is seen as more of a problem than job hopping because it can be perceived as stagnation or lack of motivation. 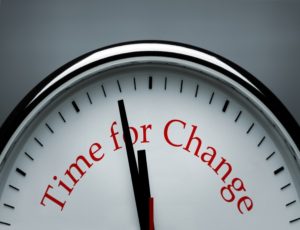 Recently I was asked how long I think people stay in a job, and from my observations I guessed four years. In fact, in 2018 the Bureau of Labor and Statistics clocked the median amount of time workers had been at their current employers at 4.2 years, although workers aged 55–64 averaged 10.1, while workers aged 25–34 averaged decidedly less at 2.8. Technically, this is described as “tenure,” and although the number of years may be accurate for someone’s time at a company, I would question whether people actually stay in the same job for four years. It is not uncommon in today’s market for promotions to occur several times within four years. This published average may also be high for some industries. For example, technology and e-commerce companies have a steady churn due to several factors. The companies vie for the best talent and often recruit top talent away from their competitors. They are also often very intense environments that lead to burnout after a few years. People may hop from company to company and may even return to a former employer for a better opportunity in only a few years.

Twenty years ago there were rewards for staying with a company that no longer exist. Loyalty on the employer’s side is a thing of the past, and anyone thinking there will be a prize at the end of a 20-year stint is out of touch with reality. Companies will always do what is best for business, and that may not include what is in their employees’ best interest. Many companies can no longer afford the benefits that used to be offered automatically. They also can’t know what their stock will be worth or what their profits may be in the long term. These are business decisions. The human or humanity factor in many cases is secondary. Employees have caught on to the fact that they need to look out for themselves.

People change companies and roles more aggressively because they can.

People change companies and roles more aggressively because they can, and in many cases, they really should. If career growth is a motivator and an employee doesn’t see a path in their current company, they will move to one that has more opportunity for growth. If money is the highest motivator and they can make more money elsewhere, they’ll move on. More employees are recognizing that they need to treat themselves as if they are a business — just like a company does. And just as a company must weigh out options, have a strategy and create a good story for investors or creditors, so must an employee.

Although changing jobs more frequently is acceptable, randomly changing jobs can impact a candidate in a negative way if they do not have a positive story for making the change. 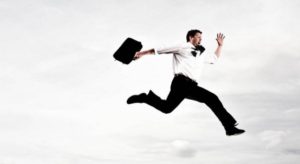 There has to be a rhyme to the candidate’s reasons for moving forward. It’s in their best interest to stay with an organization long enough to accomplish something or add to their skill set in a demonstrable way that will reflect value to the next employer. If a candidate looks like a random job hopper, the next employer will be suspicious of their motives. If it turns out that the candidate’s only motivation is money, the employer may be unwilling to make an investment in them for fear they will only leave the next time more money is offered. However, if the candidate can show how they have built their value and grew in each climb, the next employer may see where they can take advantage of that value. The key is in telling the right story and how it is balanced with the employer’s needs.

It’s a good thing to constantly evaluate where you are and what you are doing. It’s also good to keep your options open. Does that mean you should begin looking for a better job as soon as you’ve found a new one? Probably not, unless you have accepted a new role without a specific goal in mind or plan for getting there. In that case, you may have to be looking for a new job sooner than you think. It’s important to have a strategy for getting where you want to go and what you want to accomplish. That said, a strong candidate is always going to be on top of changes in the market and aware of their current value or opportunities.