Networking is an investment.

To many, networking is an extracurricular activity to pursue “when there is time”. Or, it’s an activity you engage in when you were between jobs. It took a while, but somewhere along the line the paradigm has finally shifted. Most of us now recognize networking is a necessary investment for anyone in the workplace. But networking requires more than visibility.

It was easy for some people to join the social media explosion.  Posting pictures and/or sharing rants about whatever was on their mind was effortless.  Many people still believe that “exposure” of any kind is the answer to unemployment. But exposure isn’t the entire answer. Being “seen” is not the same as being “known”, nor does it automatically reflect value. Beyond sheer visibility, you’ve got to bring something to the table. Your network can only recommend you if they know what you actually have to offer. Networking really can be the answer to unemployment and getting effective results require more of an investment.

Social networking may provide platforms for connecting, but they don’t equip you with a strategy. More is not necessarily better. Social networking can be a recruiter’s dream; easy access to more candidates. But, conversely, as a candidate, you may be caught off guard, unaware and unprepared if you’re unexpectedly contacted by recruiter. It doesn’t really work in your favor to act on a job offer with limited information. Flattering? Perhaps. Productive? Not necessarily – certainly not as much as one would hope for. That kind of a scenario can lead to some unknowns that turn into your worst nightmare. 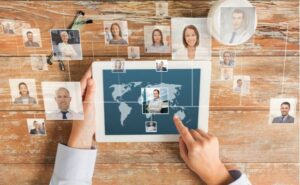 A good investment requires a strategy. Inside of your networking strategy, you need to develop work-related goals and a plan for gaining the information you’ll need to accomplish them. Your goals can drive who you connect with if you look for people who know more about what you want to do or where you want to work. It’s important to have a reason for the connections in your network. It’s equally important to know what to do next after connecting. Your goals can help drive those conversations.

But exposure alone doesn’t develop relationships, and it doesn’t develop trust. Relationships develop over time, not with a click and a connection. People really do want to help, but forwarding resumes on behalf of people you don’t really know won’t amount to much.

The pandemic quarantine was a great opportunity to use electronic media to build a network, and you may have added many new contacts. Don’t assume that the 100 connection requests you receive each week automatically position you to accomplish your goals. They’re just connections. Thoughtful communications that support your objectives need to follow to build your relationships. Using social media to build exposure is just one approach.

Show interest in the people in your network. 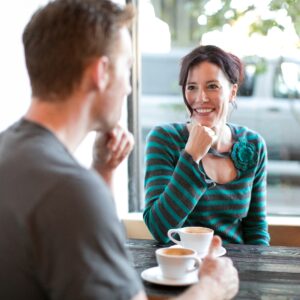 Reach out and engage.

Productive networking isn’t necessarily something that is automatic or intuitive. If you are feeling a little uncomfortable about directly contacting people now, you’re not alone. But it really can be easy.  First of all, don’t take your network for granted. Instead, regularly engage with people. Show interest in the people in your network. The more questions you ask, the more you’ll learn. Reach out to people on social networks and in your workplace. Ask about what they’re doing and what you might be able to help them with. Don’t wait to ask a distant contact for an introduction to a hiring manager after a job has been posted. You’re more likely to be completely ignored than get what you want.

Visibility is only a small piece of the puzzle.

If you are visible, then make sure your words and actions represent you accurately and in accordance with your goals. Don’t be the jobseeker who thinks having mass visibility will not only get you a job, but that you’ll also automatically be happy with it.  Visibility is only a small piece of the puzzle. Visibility means others can find you. Being visible doesn’t replace being prepared for a conversation.  Use your network to learn about companies and work scenarios before you make a change. Establish targets (industries, companies, and jobs) that you need to learn more about. Identify people who can shed more light on the areas you need help with. Ask for conversations to learn more. Networking requires more than visibility.

Don’t get caught off guard. Make sure you know enough about what you could be getting into and are ready to make a decision if things move quickly. If you hadn’t heard of the company until an hour before your interview, you’re extremely unlikely to be prepared to have a productive conversation. The grass is not always greener elsewhere. Use your network to learn about your industry, the market and the skills required to make your next move, before you have a potentially career changing opportunity.

The strength of your trusted relationships can support your intent. 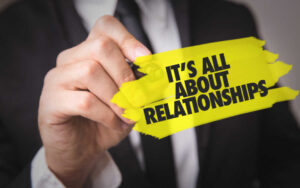 If you haven’t yet integrated a networking plan with your daily activities, it’s time to make a greater investment. There has to be a connection between what you need or want and making yourself visible.  It’s important to ensure your visibility creates opportunities that are consistent with your goals.  It’s equally important that the strength of your trusted relationships can support your intent. Stay in touch with people who can share insight into your areas of interest.  You’re much more likely to be prepared, composed and confident the next time opportunity knocks.

For more career advice on this topic, check out my Strategic Networking webinar and follow me on LinkedIn and Twitter.